Home > Talent Insights Blog > To Tell…Or Not To Tell..

To Tell…Or Not To Tell..

It may be the last remaining “best practices” debate in talent management, and it has been hotly debated at conferences, in articles and in the board rooms and back rooms of countless organizations:

We believe the debate is over. Read on for background, context and our point of view.

The Annual Talent Review, and especially the Succession Planning component, includes some method of classifying talent. These often include performance data and subjective estimates, and also may include any of a number of assessment findings from one or multiple sources, a nine-box placement matrix, politicking and other variables. Some approaches call out “High Potential” as its own category of employees that are likely to get more attention than others.

In most models (after the classification of “too early to call”) every employee gets designated as either a High Potential, a High Professional, a Well-placed Contributor or an employee for whom some action needs to be taken (due to underperforming, unreliability, poor fit, or other reasons).

The succession planning component is particularly daunting. In an ideal world it is normally a 30-year journey from being an intern at 20 years old, to comfortably performing in a top job and in the C-Suite, at 50. The top talent has to have the right stuff to begin the journey, and then every placement, promotion and exposure is critical to being ready for whatever the VUCA world throws at them. Well executed Succession Planning drives these critical decisions and placements.

The Annual Review verifies that key, highly-rated talent is learning from developmental assignments, at the right pace, on the way to “finishing school” at the top of the org chart.

The two designations that matter most are High Potential and High Professional.   Whether an organization flourishes, or not, depends upon have the right number and type of each, and organizations need to account and plan for every 5- to 7-year cycle of people leaving and being replaced at the top, and for every critical area of SORTI leadership—Strategic, Operational, Relational, Technical and, in many cases, International.

The Talent Management task is to attract, hire, develop and retain a sufficient supply of both High Potentials and High Professionals, and then develop them optimally along the 30-year journey. These are industry acknowledged best practices.

To the Question at Hand

The question at hand is whether to tell people how they were presented in this year’s review. Their designation is to some degree subjective and to some extent verifiable by science. While there is near complete agreement among Talent Management leaders what a High Potential and a High Professional look like, there is less knowledge, understanding and agreement among the line managers making the assessments. That’s where the first disconnect often occurs.

Suffice it to say that the science of Potential has been slow to penetrate the annual review. 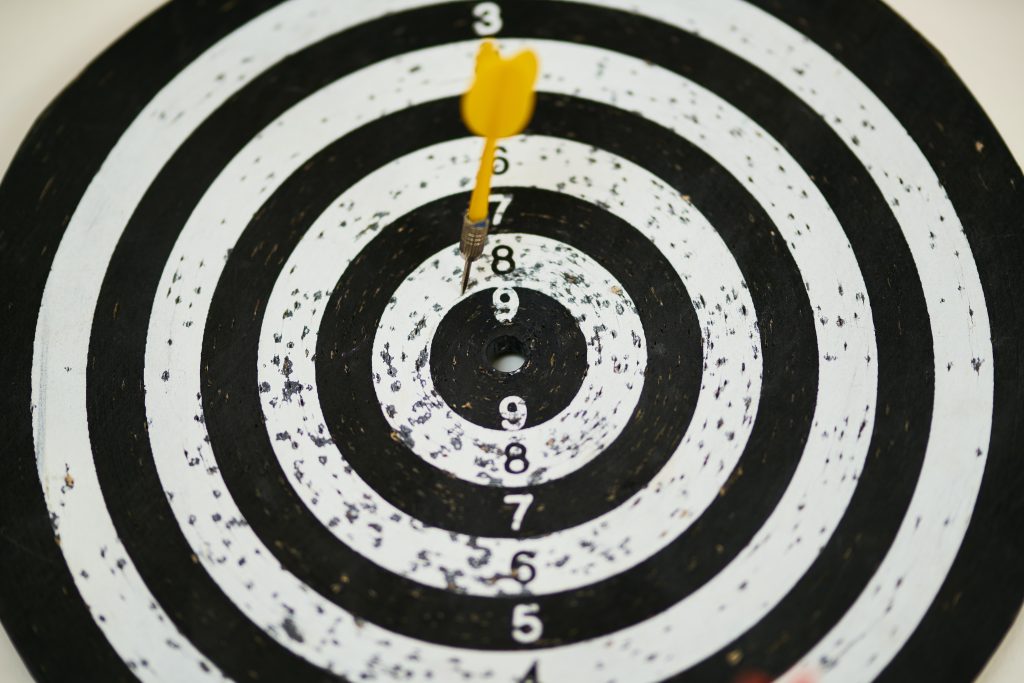 What accounts for accuracy, or lack of accuracy?

It is common for there to be some inaccurate designations of talent. Depending upon the level of skill and influence of talent management professionals in the organization, these could be minor or significant.

The values part is related to the culture of the organization and attitudes about what we owe the people in our organization, especially related to knowing where they place on a talent continuum. Think about it as radical transparency. It’s the right thing to do. It is vital to communicate this is a process, not a “one and done” decision. If we really believe in the science of development, we know that people grow and change, and there are always those who make significant leaps in their career.

The calculating part is related to retaining future talent. Let them know they are highly valued and have good prospects, that we are going to invest in their development, that there will be plenty of exciting opportunities, and that they shouldn’t rush to answer calls from the search firms.

What is the cost of a false positive message?  Can we simply tell them next year that they didn’t make the list?  Will this approach do harm? Well, these depend a great deal on how this conversation is managed, and on the resilience of the individual.

Let’s jump out of the organization and move over to professional sports. Each professional sports team has a “farm team” operation to identify and develop future talent. In sports, high potentials are called top prospects, meaning the assessment by the managers, coaches and scouts is that they have an excellent chance of making it to the big leagues. Specific data points are examined on those behaviors that are essential to performance. It is transparent to all what the numbers are and, increasingly, data rules the day.

Across all sports the actual percent of those who at one time in their career thought they were going to make it all the way, is about 5%.

What is the practical meaning of being told I’m a top prospect? It could mean millions of dollars, adoring fans and endorsements. It means not having to worry about family finances or saving for college. It means being able to spend more freely or start a foundation. If it turns out that my prospects dim?  Disappointment, financial struggles, and more.

Interestingly, about 5% of college graduates who choose to join organizations and climb the career ladder are legitimate High Potentials. Unfortunately, most organizations allow a much bigger percentage to be labelled as such, which results in lost efficiency, resources being misplaced, a higher likelihood of individual career disruption, and perhaps business disruption.

If we inform an early career person that they have been officially labeled a High Potential (which has a 50% chance of being true), what does that mean? The likelihood of higher income, perhaps stock or equity, followers, higher profile, and more. It means being able to worry less about family finances, or scrimping for college tuition(s), and that it’s ok to spend more freely.

So, sharing the designation with a false positive candidate could be devastating– financially, for self-esteem and mental health, and for career trajectory.

Through another lens, it turns out that the majority of High Potentials know they are High Potentials. They don’t need to be formally informed. How do they know? They have a history of accomplishments. They may have been at the top of their class. They get awards and accolades. They are told they are special. Top leaders know their names, invite them to special events and to leadership programs. They get offered more perks.

The real challenge is when the people who think they are High Potentials are not verifiable. They might be well-placed, performing well and growing, but they are simply not going to make it to the top. They are probably High Professionals or perhaps Steady Performers.

Who does the informing?

Mostly the direct boss. In an extreme method, a list gets posted on a bulletin board for everyone to see, like in the days when schools posted the roles for the class play or musical. It’s more likely that individual conversations occur. But how many managers can sensitively manage that conversation? How do most managers inform that “you didn’t make the list this year”, or that “the boss didn’t endorse you”? It’s a tough conversation that many managers avoid because many lack the courage and practice to deliver critical feedback.

Also, a policy of informing would decrease the accuracy of the information. There would be materially more false positives due to typical manager shortcomings. So, all in, it’s not a very good idea to make known a High Potential designation unless you can document with 90% accuracy, using science, and limit the pool to approximately 5% of your employee population (a very typical percentage).

But, all employees deserve to know where they stand. They need to know what they would have to do to grow into the next designation up. Since most of the High Potentials already know, you might say to them “you were discussed and are held in high regard”.   Near High Potentials would be told the things they need to work on and given a developmental plan.  Well-placed candidates would be told to keep it up and that they are appreciated. For those that need to be put on probation or humanely ushered out, that conversation doesn’t have to wait until after the annual review.

Communicate full value propositions and support with transparency, but avoid the trigger words: High Potential. In order for the proven guidance in The Leadership Machine and The Leadership Pipeline to work, line managers need to be comfortable sharing and discussing private and proprietary information about the future prospects for people under their care. Far too often, this process is not treated as a true, dynamic annual review.

New talent is coming into the organization all the time. Individuals given assignments from the previous review show capabilities that may have been were missed before or were not clearly displayed. In a sense, each year is a new talent laboratory to review the available evidence. While a verifiable High Potential isn’t likely to shift in designation from year to year, those on the edges will be evaluated with fresh perspectives and recent accomplishments. 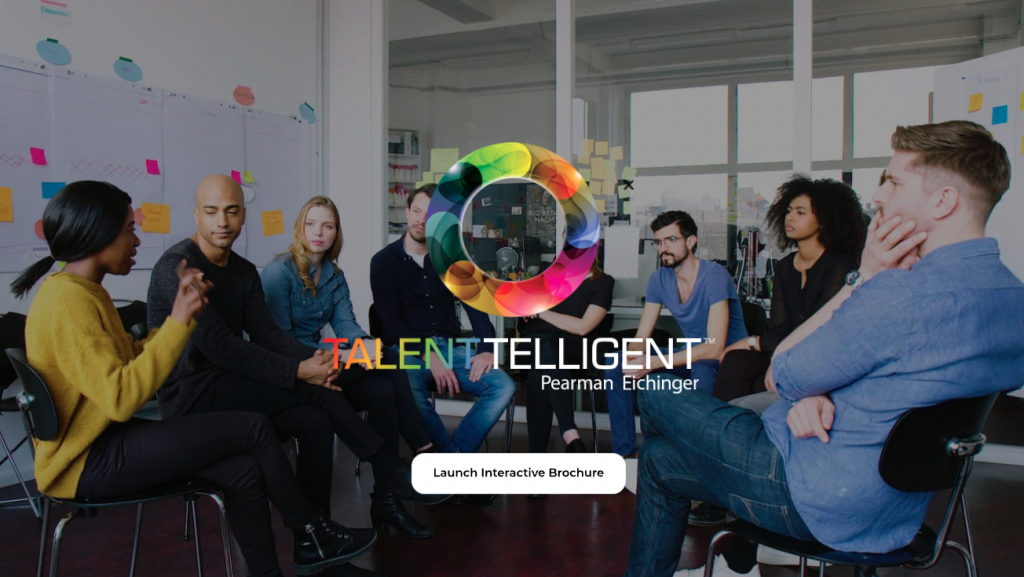