Most research on the accuracy of 360 surveys show that self-ratings are the least accurate. That is, ratings from others (bosses, peers, direct reports and customers) are more accurate and are more highly correlated to each other than the self-rating is related to any other rater group. As a trend, all other raters tend to be in agreement when rating a Focal Subject but the Subject’s self-rating does not align with that agreement.

Looking more deeply, the finding of rating accuracy is somewhat dependent. First, it varies depending upon what’s being rated. Self-ratings for cognitive skills and functional/technical skills are the most accurate (and relate more closely to the ratings by others) and the ratings of personality and interpersonal skills are the least accurate, with the biggest gap showing on clusters of interpersonal or EQ skills.

It also depends upon the level of skill and the rater group making the calls. Strategic skills would be better understood by bosses and peers and therefore more accurately rated by them. Direct reports would have the least calibration and experience on strategy. Delegation skills on the other hand would be the reverse. Direct reports have the best experience and therefore would be the most accurate. Listening skills might be better assessed by direct reports because listening is more mandatory when bosses and peers are speaking. And so on. Therefore, legitimate mixed ratings, by group, might appear.

On average, Focal Subjects rate themselves higher than the rest of the collective raters. They do so partly because of defensiveness (not wanting to admit weaknesses) and partly because of an abundance of self-confidence combined with an absence of truthful feedback. Interestingly, the more highly rated by others, the less inflated their self-ratings. Verified and vetted High Potentials (where appropriate others agree) rate themselves lower and their ratings are more highly correlated to the ratings of others. A viable theory is that they have less of a need to be defensive and they know themselves better.

Another factor is related to the number of raters in each category. Generally speaking, the more raters there are, the more “average” the results. While it is useful to get ratings from others, selectively getting perceptions from others who work closely with the individual being rated is more important than inviting a broad sweep of everyone who simply knows the individual.

We are left with the fact that people with less rater consensus potentially overrate themselves on the EQ cluster of people skills. Particularly they underestimate areas that cause negative or less positive reactions than they intend.

The Importance of Self-Awareness

There is more feedback: Grades in schools, scores on tests, their standing in their graduating class, and grades specific to their majors and minors. They get feedback from the ease with which they earn a job in their field, their ability to win a debate, their comfort with small talk, crossword puzzles and Sudoku. They know the Jeopardy answers (in the form of a question, of course) before the contestant’s buzz in. Knowing what one knows compared to what others know is directly observable.

Knowing how interpersonally effective you are is a bit more complicated.  The key question to answer is “How do people experience me?”. How do I come off to others?  There are several reasons why a person may not know. 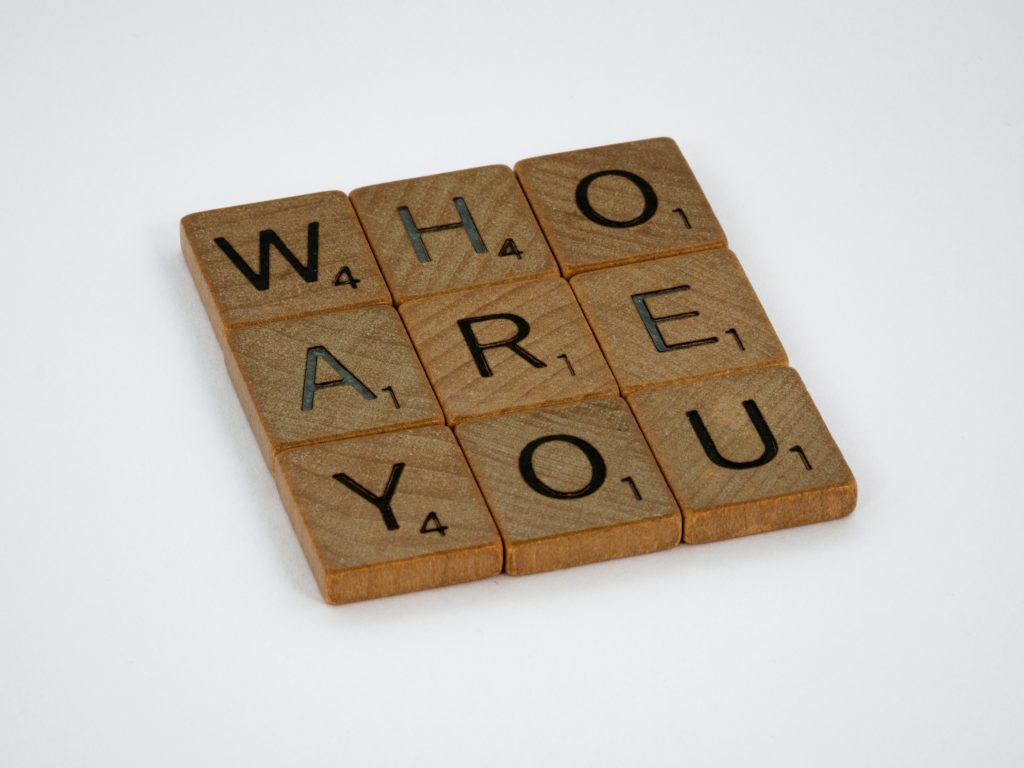 Answering this question accurately enhances all areas of one’s life.

4 Influences on Levels of Self-Awareness

1. Paucity
The scarcity of feedback from credible others about interpersonal skills. We get lots of feedback on lots of skills but less on interpersonal presence and impact. The brain tends to be defensive in the face of critical feedback. It‘s a natural self-protective feature of brain operations against social threat. The brain records and remembers positive feedback and dismisses negative feedback.

2. Nonverbals
Significant research has demonstrated that non-verbal cues (versus the words we deliver) carry a large portion of communication impact. As all of us have experienced, the message we intended is not the message people received. Our intended message was not what people read and reacted to. Nonverbals carry some of the message and a lot of the intention. Things like vocal projection, inflection, pace and spacing. Things like posture (closed or open stance), gestures and eye contact. Deeper things like heartbeat, pupil size, perspiration and respiration rate can also be in play, and perceived. All of these things can be observed and noted by others and are all part of the message. They are either directly observed, noted and interpreted, or the brain notes them and adds flavor to the interpretation automatically.

All but the very self-aware don’t see their nonverbals unless they are on video or have been taped. Great actors are skilled in reading and delivering the nonverbals because that’s what makes them great. The script says, “speak with anger”.  Most people are not aware of their habitual nonverbals, which tend to show the “real” feelings about an issue, because they are under less direct management. Some lucky people have close alignment between their intention, their content and their nonverbals. Some even more lucky (and planful) people intentionally manage the alignment. For the rest of us mortals there is less alignment. Perhaps something we intended as a compliment or a simple acknowledgement is interpreted as a criticism or even a micro-aggression when our intentions, mostly messaged by nonverbals, are misread.

3. Reading people
The aligned words and nonverbals needed to send the exact message we intend requires the ability to read people. This skill is not evenly distributed. Unless you can read a person’s disposition and how best they take in and understand messages from you, you can’t be very accurate. People are different. Some are more sensitive. You must be careful that they don’t interpret more negative meaning than you intended in your messaging. Some need more detail. Some want to know “why” to understand the “what”. Some need things repeated. Some don’t respect or like you, so they don’t have any interest in understanding your true message.

4. Brain processes
At the simplest, absurd level of analysis, the brain has two ways of reading and reacting to the world. Daniel Kahneman calls it “Thinking, Fast and Slow”. The reason we have both a fast and slow brain is that, in life, there are situations where a fast instant response is critical and possibly lifesaving, as when avoiding a poisonous snake. The brain also needs to be energy efficient. To do that, it likes habits and embedded routines that consume little brain energy. Walking, swimming, and driving are examples of things everyone does that have become automatic. You don’t have to think about doing those things because they are all permanently stored and executed automatically, mostly without thinking. This automaticity structure of brain operations delivers something like 40-60% of what you do and say, and it manages most of your habitual nonverbals. It’s acting automatically. It’s impulse. It’s intuitive. It’s instant. And for most, it is not under direct control.

Interpersonal skills are mostly automatic. Someone extends their hand, you respond in kind and a handshake happens. No thinking, just doing. Someone delivers what you interpret as a criticism and you immediately become defensive and react, without thinking. A driver cuts you off on the highway and you react defensively with words or signs without thinking. Your automatic response can cause an emotional escalation of the event. Not a good thing these days.

Your nonverbal portfolio of potential reactions to people are delivered automatically before you have taken the time to think. For these four reasons, and there are probably a few more, people observe the whole you, but you are only aware of or in control of 50% of you.

Mindfulness is the solution. Knowing and managing the 50% of you that others see (and that you don’t) is the key. Gaining understanding and management of your automaticity programs leads to better self-awareness and more life and work success.

A recent revelation from Robert Eichinger: “Recently, after 81 years of being in the dark, I have been watching myself during daily, video-based virtual meetings. I have never had that view. I have never seen my nonverbals in action as seen by others. I have learned a lot. For me, it may be too late. For you, start watching yourself more closely. Be yourself. Record and review. Freeze frame. Replay. Then learn to know, manage and control your whole message”. 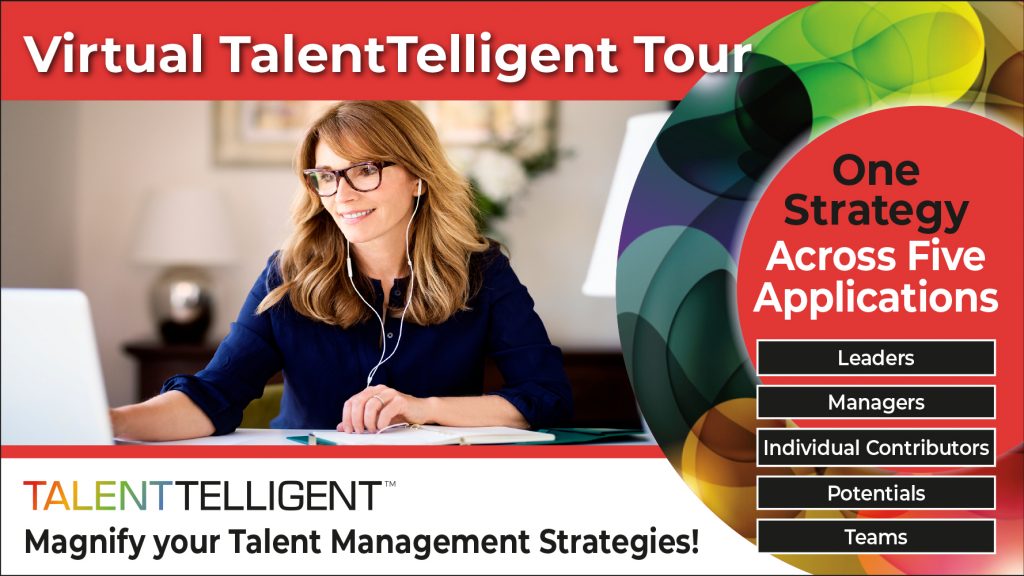